Recently, the Public Employee Relations Board (“PERB”) ruled that a union representative engaged in MMBA-protected advocacy by sending e-mails to the County Board of Supervisors in order to persuade the Supervisors to direct the County to put “money on the table.” 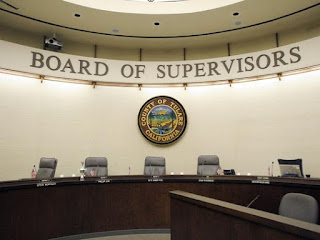 Specifically, the Tulare County claimed that SEIU unit representative Kermit Wullschleger lost the MMBA’s protection for advocacy when he sent several e-mails to the County’s Board of Supervisors advocating proposals that had already been made in prior negotiations. The county claimed this was an MMBA violation because it was “direct dealing.”

This is an important reminder that Union negotiations teams are permitted to directly advocate with their respective Board of Supervisors during contract negotiations.
Posted by Mastagni.com Law Blog at 2:58 PM