In City of Palo Alto v. Public Employment Relations Board, the Court of Appeal held binding interest arbitration is a mandatory subject of bargaining under Government Code section 3507.  As a result, the Court found the City violated the Meyers-Milias-Brown Act when it pushed through a local initiative to repeal binding interest arbitration while refusing to bargain with Palo Alto Firefighters, IAFF Local 1319.  The Court upheld PERB's factual determinations and rejected the City's arguments.  The Court also directed PERB to issue a new remedial order to correct a technical issue.

Palo Alto adopted binding interest arbitration by charter amendment for public safety officers in 1978.  The charter required that a neutral arbitrator would decide disputes about wages, hours, and other terms and conditions of employment if the City and the unions reach impasse in contract negotiations.  In 2011, the City tried to take binding arbitration away so that it could unilaterally impose terms on the firefighters.

The Court also directed PERB to correct its remedial order.  In its decision, PERB ordered the City to rescind a resolution floating the ordinance.  But the Court noted PERB cannot order a City to rescind a resolution, but it can declare that a resolution is void.  As a result, the Court directed PERB to issue a new order.  Accordingly, the case will go back to PERB for a further order remedying the City's violations of the MMBA. 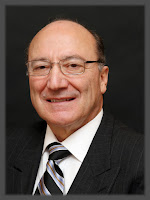 On November 22, 2016, the Los Angeles Times turned to David P. and David E. Mastagni for analysis about the pending California Supreme Court appeal in the MCERA pension case.  The LA Times asked about the Court's decision to consolidate the Marin and Alameda cases.

The Times wrote: "David P. Mastagni, who represents Alameda County deputy sheriffs in the pending case, said the Supreme Court’s decision to wait for a ruling “really to me signals they understand the gravity and significance of the issues.” 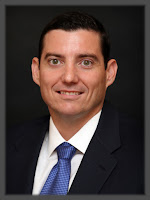 Given the complexity and importance of the dispute, he said, he was not surprised that the court of appeal has yet to schedule a hearing. The court is required to issue a decision within 90 days of a hearing.

David E. Mastagni, the elder lawyer’s son and law partner, said it was not uncommon for the California Supreme Court to postpone a decision until a lower court acts first in a similar case.

“It gives them a more complete record,” he said. “They want to have another fully developed factual background.”

The California Supreme Court has granted review in MAPE v. MCERA involving the Constitutionality of PEPRA

On November 22, 2016, the California Supreme Court issued an order granting review of the MCERA pension case.  The order stated:

In Perez v. City of Westminster, the Court of Appeal held that even if an officer is accused of misconduct by his department, loses overtime opportunities, is transferred from SWAT and honor guard, not assigned trainees despite being a FTO, does not get to appeal  his discipline.  The Court relied on a strained interpretation of "punitive" action, chipping away at POBR rights and the well-established right to a White hearing.  The decision creates a conflict in the courts that will likely have to be resolved by the Supreme Court.

Internal affairs interviewed Officer Perez regarding a citizen complaint of excessive force during an arrest. The complainant claimed another Westminster officer had hit him in the face. Perez stated that he did not see this happen. The investigators told Perez the video and other officers’ testimony suggested Perez did see it. Perez reaffirmed he did not see the alleged excessive force.

Then, the City served Perez with a Notice of Intent to fire him. After a Skelly hearing, the Chief of Police reversed the findings based on insufficient evidence to sustain them. However, the Chief removed Perez from the SWAT team and honor guard. In addition, he refused to assign Perez and trainees in the FTO program and Perez lost significant overtime opportunities.

Perez argued the transfer from SWAT and loss of overtime opportunities was “punitive action” under POBR and that he should get to appeal. At trial, the Chief testified he removed Perez from the SWAT team because he had "lost confidence" in Perez’s honesty and ability to work cooperatively with others. He also testified Perez was removed from the honor guard because he thought there “was compelling information he had not been truthful” in the investigation. Ultimately, the Chief admitted his “lack of confidence” stemmed from the interval affairs investigation that he was unable to sustain, but denied Perez the right to appeal and have a neutral person decide.

However, the court held that the loss of overtime and prestige did not render the transfers punitive, and that the Chief’s testimony showed the transfer was not “punitive,” but based on his lack of confidence in Perez.


This decision chips away at POBR rights long-established since White v. Sacramento.  In 1982, the California Supreme Court held that it violated POBR to transfer an officer to a lower paid position without giving them an opportunity to rebut the allegations against them.  The Court emphasized why POBR and the right to appeal are so important, noting "Erroneous action can only foster disharmony, adversely affect discipline and morale in the workplace, and, thus, ultimately impair employer-employee relations and the effectiveness of law enforcement services."  David P. Mastagni represented Dep. White.

But here, the Court of Appeal permitted a Department to discipline an officer based only on the Chief's personal hunch and without any right to appeal.  As a result, it is likely the Supreme Court will have to resolve the conflict.
Posted by Mastagni.com Law Blog at 8:10 AM 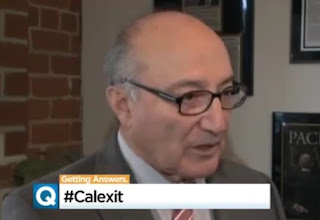 On Thursday, CBS13 interviewed Mastagni Holstedt partner David P. Mastagni about growing talks about California's possible secession from the union, popularly called #Calexit.  The article noted Calexit supporters gather at the state Capital Wednesday calling for California to secede.  "There's no provision in the U.S. Constitution that allows secession, Mastagni said.  He went on to explain that secession requires a Constitutional amendment approved by two-thirds of the Senate and House of Representatives and three-quarters of the States.

“Anything a state does during a period of secession is a nullity, it means nothing unless a secession is successful,” Mastagni said.  Mastagni also says if Californians continue pushing for a secession knowing it’s unconstitutional, “the federal government would come in like they did in reconstruction era and reestablish California as a state.”  Watch the full video here.
Posted by Mastagni.com Law Blog at 12:35 PM