Riordan Pulls the Plug on Plan to Gut LA Pensions

Former Los Angeles mayor and Republican gubernatorial candidate Richard Riordan announced today he would no longer try to qualify a local initiative for the ballot on Los Angeles to gut public employees' pensions.  Riordan's plan called for replacing the defined benefits pension most public employees have where employees earn credit for each year they work with a defined contribution plan where retirees would get an unpredictable about of money depending on the stock market and other investments.

The plan was widely criticized by labor groups.  The Los Angeles Police Protective League revealed Riordan never conducted a study on whether the plan saved the city money and that it could actually cost much more in the immediate future.  Other labor groups cited the changing public opinion on pensions since Governor Brown's statewide pension reform package passed in August.  Riordan pulled his plan today acknowledging he would be unable to gather enough signatures to put it on the ballot.
Posted by Mastagni.com Law Blog at 10:00 AM 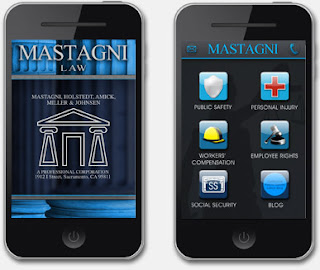 After years of cuts to police and rising crime, Stockton voters held the politicians accountable Tuesday.  Stockton voters overwhelmingly rejected mayor Ann Johnston's cuts to public safety, throwing the incumbent out of office in a landslide 58% to 42% vote.  Public safety was the central issue in the campaign.  Johnston attacked the Stockton Police Officers' Association in a flyer celebrating the way police officers' and firefighters' benefits were "slashed" and "axed" under her watch.  Mayor-elect Anthony Silva, on the other hand, campaigned on a promise to raise revenue and hire 200 more police officers, saying voters "want more police on our streets, they're saying we want our neighborhoods to be safe."
Posted by Mastagni.com Law Blog at 12:05 PM

California voters overwhelmingly rejected Proposition 32, which would have restricted unions' access to payroll deductions for political activity.  Prop 32, widely known as the Special Exemptions Act, was the latest in a series of attacks on unions nationwide.  Public safety labor groups lead the charge in opposition to the proposition.
Posted by Mastagni.com Law Blog at 9:00 AM