Specifically, the SB 866 makes several changes to the union dues deduction process including:

8.                  If the parties cannot reach agreement and the employer decides to go ahead with its proposed mass communication, it must also distribute a communication of reasonable length provided by the union.

SB 866 became effective immediately after Governor Brown signed it into law on June 27, 2018.

On May 5, 2018, the First Appellate District of California issued the now published decision in Daugherty v. City and Countyof San Francisco. This widely publicized case arose out of the criminal investigation of San Francisco Police Department (SFPD) Sergeant Ian Furminger. The United States Attorney’s Office (USAO) conducted this investigation with the assistance of selected members of the criminal unit of SFPD’s Internal Affairs Division (IAD-Crim). The SFPD Internal Affairs Division is separated into two units: IAD-Crim investigates potential criminal conduct by SFPD officers, while disciplinary investigations are handled by IAD-Admin. SFPD imposes a “wall” between these two departments in order to protect evidence in criminal investigations. In the Furminger investigation, the USAO further required confidentiality and required IAD-Crim officers to sign nondisclosure agreements.

In December 2012, the investigation led to the discovery of racist, sexist, homophobic, and anti-Semitic text messages between Furminger and nine other SFPD officers. IAD-Crim brought these text messages to the attention of Lieutenant DeFilippo. In order to maintain confidentiality, USAO and the Lieutenant chose not to disclose the text messages to IAD-Admin at this time. On December 5, 2014, a federal jury convicted Furminger. Three days after the final verdict, the USAO lifted the confidentiality restriction and released the text messages to IAD-Admin. IAD-Admin conducted an investigation and issued disciplinary charges against respondents in April 2015.

Rain O. Daugherty filed a writ of mandate seeking to rescind the disciplinary charges on the grounds that they were untimely and in violation of the Public Safety Officers Procedural Bill of Rights (“POBRA”). Under POBRA, no punitive action may be taken against a public safety officer for any alleged act, omission, or other misconduct unless the investigation is completed within one year of the “of the public agency’s discovery by a person authorized to initiate an investigation of the allegation of an act, omissions, or other misconduct,” subject to certain statutory exceptions. One such exception provides that the one year time period is tolled while the act, omission, or other alleged misconduct is also the “subject” of a pending criminal investigation or prosecution.

In ruling for the City, the Appellate court stated that the details for implementing various provisions of POBRA are to be formulated by the agency itself. Based on this principle, the court held that law enforcement agencies have latitude to designate “a person authorized to initiate an investigation” and courts should apply the agency’s designation in determining when the limitations period begins to run. Applying SFPD’s designation, the court determined the statute of limitations did not begin to accrue until December 2014, when the text messages were turned over to IAD-Admin.  The Court also found that the one-year statute of limitations was tolled during the criminal investigation because “tolling applies to any conduct with a clear connection to the criminal investigation.”

Email ThisBlogThis!Share to TwitterShare to FacebookShare to Pinterest
Labels: POBR, statute of limitations

On April 24, 2018, David E. Mastagni participated in a two-person panel discussion entitled: “Pensions: The Problems, Perspectives and Possibilities." The event was held at the Richard Nixon Presidential Library and Museum.

Click the link below to watch David’s discussion with Scott Ochoa--City Manager of Ontario California. 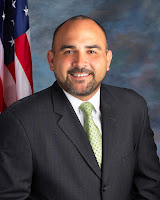 Today, the Supreme Court ruled that unions cannot collect fair share fees from employees who do not opt in to union membership.  While the decision means some unions will face a significant in drop in revenue, public safety unions are not expected to be as heavily affected.  This court decision was widely expected given the makeup of the Supreme Court and some recent cases.  California recently passed laws giving unions opportunities to reduce the impacts of the decision.

The case is about agency shop agreements.  In an agency shop, employees can chose to be full members of the union or decline union membership.  But non-members still have to pay part of the cost of supporting the union.  In some labor unions, non-members make up a big percentage of the employees covered by a contract.  In most public safety unions, non-members are already a very small share.  However, all unions should redouble efforts to provide high value to members and communicate with members about the benefits of union membership.

In Janus v. AFSCME, Mark Janus argued that his $45 monthly fee to the American Federation of State, County, and Municipal Employees (“AFSCME”) was unconstitutional and infringed on his first amendment rights. Specifically, he argued that as a public employee his contract negotiations are with the government, hence those fees were a form of political advocacy.

However, Janus claimed such a fee requirement violated his right to free speech, because those fees went to change government policy on salary, benefits, and pensions. Accordingly, his fees were a direct form of speech.

On the other side, the union strongly advocated that Janus’s agency fees simply prevented “free-riding” from employees who benefit from the union's negotiations. AFSCME argued that, because it was obligated by law to represent the interests of both union and non-union members, the fees were a way for employees to pay their fair share for contact negotiations for which they clearly benefited from.

In a 5-4 decision, the Supreme Court agreed with Mark Janus’s position. Justice Alito wrote:  "Compelling individuals to mouth support for views they find objectionable violates that cardinal constitutional command, and in most contexts, any such effort would be universally condemned," Avoiding free riders, Alito wrote: "is not a compelling interest."

Today’s ruling is a clear indication public sector unions must double their efforts to obtain full membership from their fair share bargaining unit members.  Unions should clearly communicate about the many benefits of union membership, including the right to vote on a contract, lawyers for legal defense and the ability to vote in union elections.  Other member-only benefits will vary from union to union. 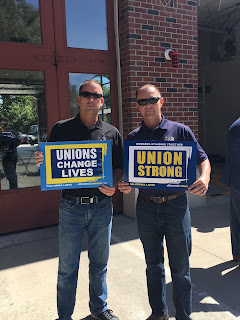 Unions should also be aware of new state laws designed to protect their rights.  The Legislature passed Senate Bill 866 on June 18, 2018 and it is currently awaiting Governor Brown’s signature.  The bill requires payroll deductions for union dues and makes the union, not management, responsible for determining member consent to union membership.  This prevents anti-union employers from using Janus as an excuse to drop members from the rolls, but it also requires unions to be actively engaged.  Senate Bill 285 prohibits employers from discouraging employees to join the union or trying to get members to drop their membership.  Again, it require vigilance from union to enforce the law.  Assembly Bill 119 gives unions the right to access new employee orientations and get contact information for new hires.  To get the benefit of this law, unions must request to bargain over new member access.  Since many unions, particularly in public safety, already have established policies and practices for new member orientations, this law sets the floor, not the ceiling for access.   A number of other bills mitigate the immediate impacts of Janus and unions should develop a plan to maximize use of these tools and member outreach to retain and grow membership.

Posted by Mastagni.com Law Blog at 8:51 AM

On June 19, 2018, Mastagni Holstedt Founding Partner David P. Mastagni testified before the California Senate Public Safety Committee in opposition to AB 931. AB 931 eliminates peace officers’ longstanding Constitutional right to a reasonableness standard in evaluating self-defense and the defense of others.  The bill establishes a “necessary” standard that criminalizes an officer’s use of force if any reasonable alternative can be conjured up to second guess his or her split second decision making.  This bill would radically restrict officers’ ability to protect the public and themselves by subjecting them to unprecedented criminal and civil liability.

Also, read David P. Mastagni in the news regarding AB 931: