In Casias v. Walmart (Sept. 19, 2012) 2012 WL 4096153, the Court of Appeals for the Sixth Circuit upheld the termination of an employee who tested positive for marijuana even though he had a state-issued medical marijuana registry card.  Casias was an employee of Walmart in Michigan when he tested positive for marijuana on a drug test and Walmart fired him.  He claimed he never used marijuana at work or came to work under the influence and that Walmart should not be allowed to fire him because he had a state-issued medical marijuana card.  The Court disagreed.

The Court ruled Michigan's medical marijuana law did not prevent employers from firing workers who use marijuana, it just prevented State and local agencies from seeking criminal penalties against card holders.  The Court's ruling mirrors California law.  In Ross v. RagingWire Telecommunications, Inc. (2008) 42 Cal.4th 920, the California Supreme Court ruled California's medical marijuana law does not prohibit employers from firing marijuana users.  Several attempts to change California law to ban the practice have failed, most recently SB 129 which died in committee in February.
Posted by Mastagni.com Law Blog at 9:00 AM

In Cherry, Jr. et al. v. Mayor and City Council of Baltimore City, et al., (D. Md., September 20, 2012), Case No. MJG-10-1447, a federal judge ruled Baltimore's plan to impair firefighters' and police officers' pensions is unconstitutional under the Contract Clause of the federal Constitution.  The Contract Clause provides that "No State shall...pass any...Law impairing the Obligation of Contracts..."  The Clause frequently comes into play when the government tries to pass laws to get out of its own contractual obligations, including collective bargaining agreements.

To pass muster under the Contract Clause, a law that impacts the government's contracts has to pass several tests.  The test at the center of the Cherry decision is the "reasonable and necessary" test.  To pass this test, there have to be unforeseeable consequences to the contract and the law impairing the contract must be the least drastic impairment.  In Cherry, the Court ruled the City failed this test because the unions offered more balanced approaches.

While the ruling in Cherry decision vindicates public employees in Baltimore, several California cities are trying to impair their contractual obligations.  Mastagni Law attorneys David E. Mastagni, Isaac S. Stevens, and Jeffrey R. A. Edwards are litigating similar challenges against the cities of Los Angeles, Stockton, and Pacific Grove.
Posted by Mastagni.com Law Blog at 10:30 AM

Costa Mesa wanted to outsource several city services. CMCEA filed suit to stop the City’s outsourcing plan for violations of Government Code sections 37103 and 53060. The lawsuit also alleged the plan violates the parties’ Memorandum of Understanding (MOU) because the City did not meet with CMCEA to determine which jobs should be contracted out and how to mitigate layoffs; rather, it unilaterally decided to outsource many jobs. The trial court granted a preliminary injunction and the Fourth District affirmed.

In its opinion, the Fourth District decided there would be irreparable harm if CMCEA members lost their jobs.  The Court also decided a preliminary injunction was appropriate because losing a job and income is a greater harm than the citizenry’s interest in cost-effective government.

The Fourth District found that the City’s outsourcing plan violated both the parties’ MOU and state law. The Court found that the City violated the MOU because there was no evidence the City included CMCEA in the decision-making process.  The Court also found that Government Code sections 37103 and 53060 generally prohibit cities from contracting with a private entity, unless the contract is for “special services.”  The Court decided the only things that counted as “special services” in Costa Mesa are operation of the City’s jail and administration of its payroll services.  As a result, the Court concluded that there was enough evidence that CMCEA would win its lawsuit since CMCEA members were able to do the work. 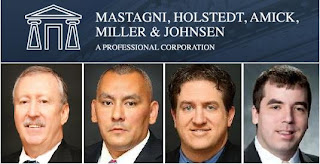 Wednesday, September 26, 2012 10:30 AM
Registration is free.
Register at:  https://mastagni.webex.com/mw0307l/mywebex/default.do?siteurl=mastagni

Posted by Mastagni.com Law Blog at 9:53 AM 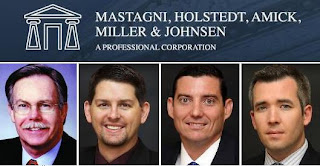