This year's competition is a partnership with the Firefighters Burn Institute and the theme is "Honoring the Heroism of First Responders."  The winning submission will be featured in a public showing during Sacramento's Second Saturday Art Walk on June 9, 2012 from 6:00 p.m. to 8:00 p.m. at 1901 I Street, Sacramento, California.  The event is open to the public and all proceeds benefit the Firefighters Burn Institute.

The competition winner says his artwork is "thanking first responders for being there in our time of need, and not leaving until they have made sure everyone is safe and sound. We know the hardships and struggles they face on a daily basis.  They do too, yet still give their time to help people." 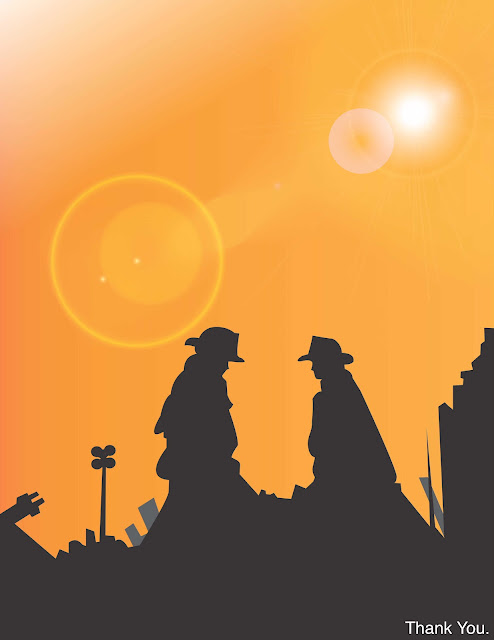 Placer County deputy sheriff Kevin Brady filed a lawsuit in federal court Monday to stop the Placer County Sheriff's Department from discriminating against military veterans. In a press release, the Placer County Deputy Sheriffs' Association explained that "following an eighteen month tour of duty in Operation Enduring Freedom, Army Sergeant Kevin Brady returned to his job as a Deputy Sheriff for the County of Placer. He was surprised to find that, instead of rewarding his service to his Country, the County was holding him back from being eligible to apply for specialty assignments and promotions in violation of federal law."

Congress enacted USERRA to encourage military service and prevent employers from penalizing veterans for responding to the call of duty. USERRA requires employers to treat returning veterans as if they had been present and continuously working at their civilian jobs for the duration of their absence in military service.

Under USERRA, employees are entitled to more than merely their old job back. They are entitled to all the benefits, positions, and promotions they would have achieved if they had never left. As the U.S. Supreme court stated, the veteran "does not step back on the [career] escalator at the point he stepped off. He steps back on at the precise point he would have occupied had he kept his position continuously during the war." The employee does not have to demonstrate that a promotion or new position was guaranteed to him.  He only needs to show that it is reasonable to believe if he had been present at his civilian job instead of away serving his country, he probably would have been given the new position.

USERRA prohibits employers from saying a service member is “not qualified” for the new position. Instead, it is the employer’s duty to make all reasonable efforts to train or otherwise qualify the employee for their new position. Mastagni Law attorneys David E. Mastagni and BJ Pierce represent Deputy Brady in the matter. See the CBS news video here. 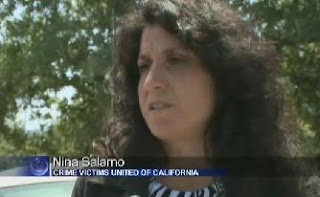 Crime Victims United of California and the El Dorado County Deputy Sheriffs' Association joined forces at a press conference Tuesday to protest El Dorado Sheriff John D'Agostini for putting the public in danger by shifting experienced detectives out of the investigations unit.

In a press release, the DSA expressed "grave concerns" that "Sheriff D’Agostini’s new rotational policy on detective positions will undermine the department’s ability to successfully investigate cases and bring justice to victims and their families." DSA President Todd Crawford noted "Our department had a rotational detective policy before,” but had "over 40 unsolved homicides" under that policy.

CVUC echoed the DSA's concerns, expressing "outrage Sheriff D’Agostini has chosen to risk the public safety of the Citizens of El Dorado County" with the policy change.  CVUC's press release also announced "Crime Victims United stands with the men and women of the El Dorado County Deputy Sheriffs’ Association" on the issue.

News outlets throughout Northern California covered the press conference, including the Modesto Bee, KCRA, the Sacramento Bee, and CBS13.  According to news reports, the policy "is a move victims say will hurt victims who have already suffered enough."

The DSA has filed a grievance over the unilateral policy change.  Mastagni Law attorneys David E. Mastagni and  BJ Pierce represents the DSA in the matter.  Follow updates to this story by subscribing to the California Public Safety Labor Blog.

In Fairfield-Suisun Unified School District (May 8, 2012) PERB Dec. No. 2262, the Public Employment Relations Board ruled management must give advance notice and an opportunity to meet and confer before adopting a "zero tolerance" drug policy.  The case started when an employee refused to disrobe in front of a technician during a drug test.  The employer responded by terminating him, citing their "zero tolerance" drug testing policy.  The union then filed an unfair labor practice charge with PERB.

The "zero tolerance" policy had been on the books since 1996, but had never been used before.  The union never received advance notice of the policy or an opportunity to meet and confer.  Management claimed the union waived meet and confer because so much time had passed since it was implemented.  To support their claim, the District provided evidence a union representative received a copy of the District's agenda packet describing the policy back in 1996.  PERB, however, rejected the District's argument, finding insufficient evidence the union knew about the policy's details.

The District also claimed federal law required it to have a "zero tolerance" policy on drug testing.  However, PERB examined the specific federal regulations and found that federal law did not require termination or the specific details of the testing procedure.  As a result, PERB found the contours of the policy were subject to meet and confer ordered the District to put the employee back to work and to give him back pay.

In Martha Karl v. City of Mountlake Terrace (9th Cir. May 8, 2012) No.11-35343, the federal Court of Appeals for the Ninth Circuit ruled "it was clearly established ... that a supervisor cannot retaliate against a public employee for his or her subpoenaed deposition testimony offered as a citizen in the context of a civil rights lawsuit."  As a result, the court held the local assistant chief of police could be personally liable for retaliation and is not entitled to qualified immunity.

The court ruled the assistant chief was not entitled to qualified immunity, meaning he could be sued in his personal capacity.  Qualified immunity is the principle that protects peace officers from personal liability in federal civil rights cases unless their conduct clearly violates established statutory or constitutional rights of which a reasonable person would have known.  Here, the court decided it was clearly established that law enforcement supervisors cannot retaliate against employees called as witnesses in civil rights cases on account of their testimony and the assistant chief should have known that.
Posted by Mastagni.com Law Blog at 2:30 PM