In the wake of Janus, groups such as the National Right to Work Foundation have been promoting litigation against public employee unions to recoup agency shop and fair share dues paid prior to Janus.  In response to a series of federal lawsuits seeking back-dated dues and fees from California public employee unions, the legislature passed S.B. 846.

Among other things, the Bill provides California public employee recognized bargaining organizations immunity from suits over previously paid fees.  Anti-union activists had argued that the fees have always been unconstitutional and unions assumed the risk of having to reimburse the fees by continuing to collect them despite dicta in earlier Supreme Court cases calling into question their validity.  The Bill, signed by the Governor on September 14, 2018, resolves the legal question and provides unions protection from costly litigation over practices that were legal prior to Janus.  The Bill adds Government Code 1159, which state in relevant part:

(e) The Legislature finds and declares:
(1) Application of this section to pending claims and actions clarifies existing state law rather than changes it. Public employees who paid agency or fair share fees as a condition of public employment in accordance with state law and Supreme Court precedent prior to June 27, 2018, had no legitimate expectation of receiving that money under any available cause of action. Public employers and employee organizations who relied on, and abided by, state law and Supreme Court precedent in deducting and accepting those fees were not liable to refund them. Agency or fair share fees paid for collective bargaining representation that employee organizations were obligated by state law to provide to public employees. Application of this section to pending claims will preserve, rather than interfere with, important reliance interests.
(2) This section is necessary to provide certainty to public employers and employee organizations that relied on state law, and to avoid disruption of public employee labor relations, after the Supreme Court’s decision in Janus v. American Federation of State, County, and Mun. Employees, Council 31 (2018) 138 S.Ct. 2448.
Posted by Mastagni.com Law Blog at 9:10 AM

On September 5th 2018, the Ninth Circuit found that a “Last Chance Agreement” restricting an employee’s negative comments about the police department, the city, or its employees, was an unconstitutional restraint on free speech.

In Barone v. City ofSpringfield, a victim advocate and a police department liaison to the city’s minority communities was investigated for two incidents. The first incident involved a tour during which students took photographs in restricted areas. The second incident involved a message left with dispatchers about a potential crime. After the investigation, the Officer was suspended for four weeks and placed on administrative leave. In order to return to work, she was presented with a mandatory Last Chance Agreement (“LCA”).  She refused to sign it “because it prohibited her from reporting on racial profiling and discrimination.”

After her refusal, the police chief provided her with an amended LCA. The amended agreement barred her from saying or writing anything negative about the department, the city, or their employees—although she could report complaints involving discrimination or profiling by the department. The amended LCA also said she would remain subject to a generally applicable order that barred her from publicly criticizing or ridiculing the department. She refused to sign this agreement as well and was subsequently terminated. She filed suit alleging, among other things, that the LCA violated her First Amendment rights.

The Ninth Circuit agreed that the amended LCA violated her constitutional rights. The Court specifically found that the Department’s concerns about potential disruptive speech were unconvincing. The Court concluded that the city needed evidence of past disruption or evidence that the anticipated harm is “real, not merely conjectural.” Without such evidence, the LCA unconstitutionally restrained Barone’s speech as a private citizen on matters of public concern. 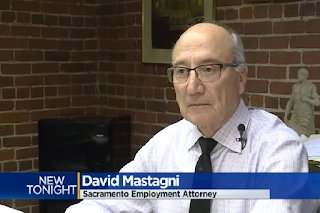 Earlier this year, the California Supreme Court cracked down on companies taking advantage of workers by calling them independent contractors when they're really employees.  Before the ruling, many employers claimed their employees weren't really employees at all, meaning they did not have any right to overtime or could be fired if they got sick, for example.  This Court's ruling means employers can't shirk their responsibilities for overtime, unemployment insurance, workers' compensation, payroll taxes, the right to join a union, and other benefits of employment status.

Mastagni Holstedt founding partner David P. Mastagni was interviewed in response of some companies objection the ruling hurts their profits.  He explained calling employees independent contractors "is cheap and they're cheap and they want to make a greater profit on the back of someone else.  But he explained, "after this case, there's a glimmer of hope and responsible employers will embrace it."  Watch the full interview at https://sacramento.cbslocal.com/2018/09/13/independent-contractors-whats-next-california/.

In Dynamex Operations West v. Superior Court of Los Angeles, the Court held workers only count as independent contractors if "(A) that the worker is free from the control and direction of the hirer in connection with the performance of the work, both under the contract for the performance of such work and in fact; (B) that the worker performs work that is outside the usual course of the hiring entity’s business; and (C) that the worker is customarily engaged in an independently established trade, occupation, or business of the same nature as the work performed for the hiring entity.”
Posted by Mastagni.com Law Blog at 3:41 PM

Mastagni Holstedt, APC is Proud to Announce the Opening of a New Larger Southern California Office 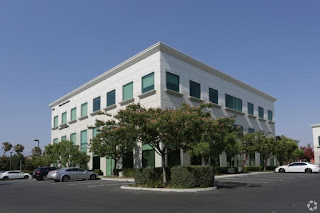 This week landmarks the opening of the firm's move from the Ontario office to a much larger space in Rancho Cucamonga, located at the foothills of the San Gabriel Mountains in Southern California. John Bakhit will continue as Managing Senior Associate in Rancho Cucamonga and is dedicated to maintaining and expanding comprehensive and successful legal representation throughout the Southern region of California.

"I am very pleased to see the Southern California team expand into the larger office in Rancho Cucamonga. It's a testament to the firm's commitment to excellence and expansion," commented David P. Mastagni, Founding Partner.
Posted by Mastagni.com Law Blog at 1:57 PM