In a recent proposed decision, the Public Employees Relations Board (“PERB”) ruled that a “confidentiality directive” given to police officers in connection with an administrative investigation interfered with officer's protected rights under the Meyers-Milias-Brown Act (“MMBA”). The directive specifically instructed offers not to discuss the investigation with the union.  The case, Oakdale Police Officers Association v. City of Oakdale began after a union representative informed the City that they believed the confidentiality directives issued to several Sergeants were unlawful. The union demanded that the City cease and desist issuing the confidentiality directives as part of the ongoing investigation and requested corrective notices be sent to all interviewed employees. 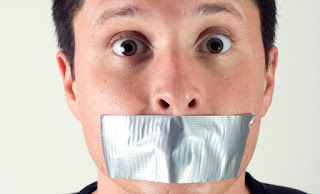 As discussed in the decision, the MMBA forbids an employer from interfering with employee’s exercise of their rights guaranteed by the MMBA, including the right to form, join, and participate in the activities of employee organizations of the employees own choosing. It is also unlawful for an employer to deny employee organizations the rights guaranteed to them by the MMBA, including the right to represent their members.

This case serves as an important reminder that overly broad “confidential directives” given at Internal Affairs are in violation of police officer rights.