Mastagni attorneys Kathleen Mastagni Storm and Chelsea Avent recently got a Public Employment Relations Board (“PERB”) Complaint issued against the County of Kern for refusing to provide relevant information to Kern County Fire Fighters Association, Local 1301. PERB concluded the County violated the Meyers-Milias-Brown Act by withholding the information from Local 1301.

For over a year, the County dragged its feet and engaged in bad faith bargaining. In July 2018, Local 1301 and the County began negotiations for a successor Memorandum of Understanding (“MOU”). The bargaining ended in a mediation and a fact finding hearing between the parties. Local 1301’s chief negotiator Robbie McCandlish and attorney Howard Liberman’s hard work during the hearing got a favorable fact finding report for Local 1301. The report noted the County had over $180 million in reserves, Local 1301 were the lowest paid personnel in the surveyed departments, and that members have seen minimal to no pay increases since 2008. 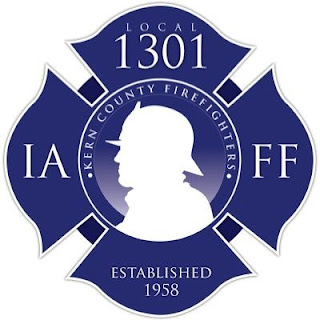 During bargaining, the County told Local 1301 it intended to cut approximately three million dollars from the Fire Department’s overall budget. The County insisted on concessions from Local 1301. Local 1301 decided to seek out alternative cost saving proposals in an effort to mitigate the harm a pay cut would have.

Beginning in October 2018, Local 1301 requested information regarding healthcare plans, member information, and claim details to obtain health care cost quotes from outside companies to formulate its proposals for group insurance plans during bargaining.

PERB’s Complaint concluded the County refused to provide information relevant and necessary to Local 1301’s discharge of its duty to represent employees. Further, the County violated the MMBA by refusing to meet and confer in good faith over the requested information, interfering with members’ rights to be represented, and interfering with Local 1301’s right to represent members.

This decision confirms an employer’s duty to either supply relevant information or timely and adequately explain why it cannot provide the information. Even if the employer ultimately provides the requested information, it will not excuse an unreasonable delay.  An employer’s refusal to provide information amounts to bad faith bargaining in violation of the MMBA.