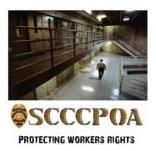 The Santa Clara County Superior Court blocked an attempt by dissident union members to split the Santa Clara County Correctional Peace Officers' Association in two.  In May 2011, a minority of SCCCPOA board members, including the vice president, formed a rival union and filed a petition to represent new peace officer classifications.  The petition was filed months after the window period for decertification and unit modification petitions.

However, rather than reject the untimely petition, the County began to process the petition and attempted to schedule a decertification election even though SCCCPOA and the County were in the middle of contract negotiations.  The County claimed it should be excused from following the established window period because it was impossible for the rival group to comply and asserted the County could ignore the rules in special circumstances.  SCCCPOA then filed a Petition for Writ of Mandate to compel the county to reject the untimely petition.

The Court granted SCCCPOA's petition, rejecting the County's claims.  First, the Court found the local rules establishing window periods for unit modification and decertification petitions are mandatory.  Second, the Court noted there is no "impossibility" exception to Government Code section 3507.1, which requires local agencies to follow their local rules adopted pursuant to the MMBA.  Finally, the Court held the MMBA does not permit case-specific decisions to ignore local rules.  As a result, the Court agreed to issue a writ of mandate compelling the County to reject and refuse to process the rival group's petition.  Mastagni Law attorneys David P. Mastagni, Kathleen N. Mastagni Storm, and Jeffrey R. A. Edwards represented SCCCPOA in the action.
Posted by Mastagni.com Law Blog at 9:00 AM