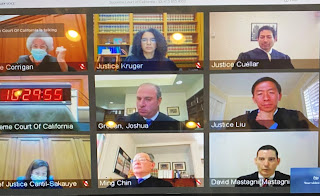 Today, attorney David E. Mastagni appearing for Alameda County DSA, argued in favor of protecting public employees’ pensions from significant reductions following the State’s enactment of PEPRA.  PEPRA sought to dramatically reduce and redefine what items of compensation could be included in an employees’ final pension calculation.  The case came to a head today after nearly seven years of litigation in the superior courts and court of appeal.

The court focused largely on the issue of the contract’s clause, which provides protections to parties to a contract under the California Constitution.  As Chief Justice Cantil-Sakauye commented, Mr. Mastagni “ably” argued that public employees have a vested contractual right to their pension benefits.  “Financial savings are never a sufficient excuse to impair employment contracts because the government can always find new ways to spend money,” said David.

The State argued, “The law was clear that pension spiking was illegal prior to PEPRA.”  David E. Mastagni quickly identified that “pension spiking” is a highly political term and that employees accepted jobs based on promised benefits that were later unilaterally taken away by the legislature.

The court took the matter under submission.  Their decision will have major impacts on public employment pension benefits for employees across the state.  Video of today’s oral argument will become available on the Supreme Court’s website here - https://www.courts.ca.gov/35333.htm