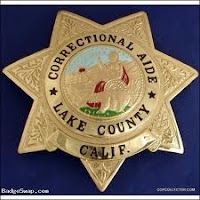 The purpose for the lawsuit is because according to Government Code section 26605.1, local governments cannot change peace officers' status involuntarily. Not only that, but Rivero's attempt to unilaterally change the Lake County correctional officers' status also violates the Meyers-Milias Brown Act, requiring the Sherrif to "meet and confer in good faith" with the Officers' Association before altering their working conditions.

Rivero claims in defense, "I haven't violated anything." Rivero claims that he was not trying to take anything away, but was rather just offering to meet and confer with the officers. He also asserts that the correctional officers were never technically peace officers, because, "They never completed a required POST certified academy, the POST field training program or completed the required probationary period."

A press release from Mastagni Holstedt additionally states how Rivero's changes would endanger correctional officer health and safety.  "Without peace officer status, Lake County correctional officers cannot carry firearms unless transporting prisoners or guarding hospitalized prisoners. However, without firearms, officers are unarmed targets," according to Mike Silva, president of the Lake County Correctional Officers' Association. "The officers perform several public duties in uniform without inmates present and are now without the means to respond to life-threatening situations."

The LCCOA hopes its lawsuit will convince Rivero to leave the existing policies in place, and enter negotiations with the Officers' Association for any future alterations. The Lake County Correctional Officers' Association is represented by Mastagni Holstedt APC, a Sacramento-based law firm. The Lake County Record-Bee has more information on the case and the law firm representing the peace officers, which is "the largest law firm in California representing peace officers and other public safety professionals."

According to the Record-Bee, "In an effort to avoid litigation, counsel for the Officers' Association sent letters to the Sheriff on March 15 and 17, demanding he rescind his unilateral changes and comply with the Government Code. In response, County Counsel refused to restore officers' peace officer status and negotiate with the association in good faith before unilaterally adopting these changes."

Hopefully the peace officers of Lake County can continue their honored and necessary profession without jeopardizing their health or safety, and an amicable solution can be reached in a timely fashion.
Posted by Mastagni.com Law Blog at 8:01 AM